Busy Monday, thought I was going to chill..Do’h!

Thought I would update now as I am going to the trans group tonight, so I don’t know what time I’ll be in and how tired I’ll be.

I woke up this morning about 8:30 am. I snuggled up on the sofa with a blanket and my hot water bottle. I sat for about 15 mins just relaxing and thinking about having a little nap. Then I had the sudden realisation that I had an appointment today, so I checked my calender and yup! I had a appointment for my p-doc at 11:20 am..DAMN IT! Thought I was going to spend most of the day chilling out lol.

I had some breakfast, got a shower and got dressed, then took the pups across the road for a wee. Came back and watched a bit of TV before I had to leave. I rang the doctors to leave a message with Dr Richardson to say about how the antibiotics he gave me hurt my stomach and that I’ve now got the doxycycline to take instead. She said he may ring me, but he hasn’t yet.

Got the bus up to my appointment. It’s not as cold out today as it has been thankfully. My p-doc was running 10 mins late, I hate sitting in there, no matter how you feel it always makes me feel like I am loosing the will to live lol, such a depressing place. Some poor guy had come a week early for his appointment poor love.

My appointment with my p-doc actually went well, because I already had an idea of what I wanted to talk about and where I wanted to go regards to my medication and the gender identity stuff. We had a good chat about medication, I said since doing DBT I feel more in control of things. I’ve not self harmed in 17 months, the longest I’ve ever gone. I no longer display BPD traits and this isn’t just coming from me. I feel that maybe if I come off medication completely then the skills I learnt in DBT can help me deal with my bipolar and ADHD. He has agreed to this which is really. I said because of all my other medication I am on it would be great if I could stop one. So he wants me to come slowly off the last 200mgs which is a bit frustrating, but I understand why. So this month I will be taking 150mgs, next month down too 100 mgs, month after 50mgs, then completely off quetiapine altogether. YAY. Told him about the weight loss and that I didn’t change my diet etc, so he was really happy about that. Told him about the trans group I go to and Mindout (mental health group for LGBTQ peeps) I told him about looking at doing some courses at the recovery education centre and that I might do some befriending in the future. He’s really happy that I am keeping busy and doing things to keep up my recovery. Talked about the fact I have come to the conclusion that for me physically getting pregnant and having a child is just out of the question as I don’t think I’d ever be physically well enough to do it. I’d have to be off my meds for a year before even getting pregnant and I’m ill a lot ON medication, I’d be so poorly off it. So that was my main reason for not saying that I am transgender, I am sure that I want to be a boy etc. But I think now that has totally changed and I don’t know what the process is now. He said that I’d have to live as a male for a year before being referred to anywhere, which I knew that bit already. I said is there anyone locally that does trans counselling. The guy that runs the trans group does 1:1 work, but I can’t afford it, so my p-doc said he will look into it and see what is about, so that’s really cool. So yeah really pleased with my appointment. I got everything out that I wanted too and I think because I am taking charge of my recovery and I had a plan of what I want to happen, he was willing to engage me. So he’s going to see me in two months time, sooner if I need him. While I am completely off meds he will see me once a month…hopefully because that’s what I asked for, its a reasonable request and a sensible one. So he can check to see if I am doing well without medication.

Pretty much skipped to the bus stop as I was feeling good about it all. I got off at the hospital because I needed to get my bloods done. Waited in there for half hour….urgh more waiting about lol. But chatted to a few nice people in there. Blood test went on, although she was fishing about for a bit, which it hurt a bit but felt more uncomfortable then anything.

Walked back into town and went to the bank, as I had a text this morning, saying I needed to put £2.52 or I’ll be charged £8 bank charges because I had 2 direct debits that bounced. But the woman said I’ll still be charged, didn’t really understand why but whatever lol. I cancelled one of my direct debits for my phone insurance, but I have insurance with the bank, I just need to update the details so they have the right IME number for my current phone, but I couldn’t do that today as my phone died while I was in there lol. But I’ll sort that out another time. Was waiting about in there for ages as well lol. SO bored of waiting, but that’s all I’ve done today.

Then I went into Asda to get my prescription of my new doses. Waited about in there for 15 mins lol…They had everything but the 50mgs, but that’s ok as I don’t need that right away. Also ordered a load of my other medications.

Finally got home to my beautiful babies, who were so excited to see me 🙂 hehe love it. I sorted out my pill box for the week, so that’s one less thing to worry about later this evening. I had a nice nutella sandwich for lunch 😀 nice and healthy haha. Took my pain killers and my doxycycline, had my sandwich and chilled out watching Judge Rinder and I’ve now got Jeremy Kyle on 🙂 ah, chilled afternoon. I do feel tired enough for a nap, but I don’t have the time.

It’s 4 pm now, so after writing I am going to take the pups across the road for a run, then I can chill for a bit more. Have myself some dinner before group and I will be leaving about 6 pm to get the bus to group. My first trans group of the year, yay! Looking forward to it 🙂

So yeah feeling pretty damn good, feeling confident with myself and that I am taking control of my life and what I want and don’t want to put into my body. 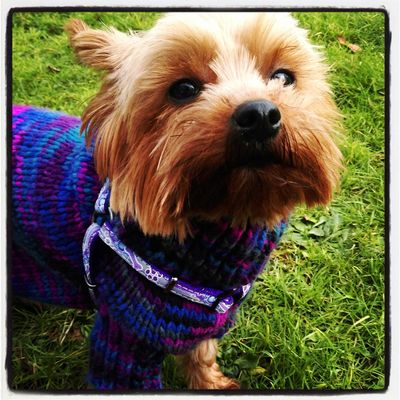 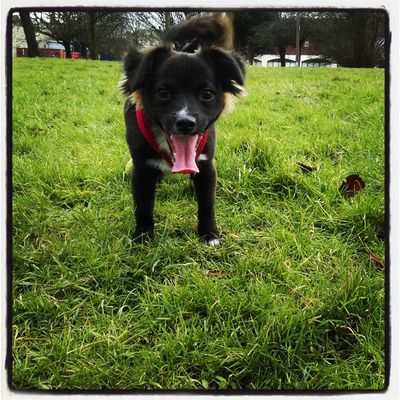 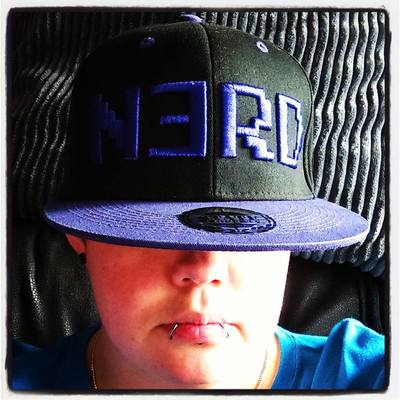