Currently sat eating Haribo sour s’getti that my friend sent over from the USA and I can safely say the are pretty sour, but so yummy. Hopefully it wont take me all night to write tonight, as I am tired already and need my bed.

I didn’t get myself into bed till gone 3:30 am. I slept pretty well but I was up so early. I only had about 5 hours sleep, stupid body lol.

Had some breakfast and chilled out on the sofa with the pups, watched tv and stuff. I think I had a nap for a bit from what I remember, only till 10:30 am though.

Got myself showered and dressed, I put the pups into the hallway and I went over to the post office to pick up my packages and went a got a number from the job centre for my step dad so he can start sorting out his claim for benefits. I went back and got the pups and took them across the road for a play. Oooh I back in and opened my presents, I got a big balloon with 30th Birthday, I got a new batman cap, two tops, a cute lil Mike from Monsters Inc and sweets 🙂 YEAH MAN! So happy.

When I got in a put a load of laundry on as it was overflowing a bit lol. Had some lunch and had another cheeky nap for a few hours.

Think I only woke up because I was hot. Felt better for it though. Sorted out the washing and noticed that I was running out of hangers, they just seem to fucking disappear! It’s like when socks go missing lol. There are little elves stealing shit! Thieving bastards! haha So I went to the shop and bought some more and when I got in I was able to hang up all my new tops I’d got for my birthday and I hung up my hoodies in the cupboard as most of my coat hooks have broken off now lol! So my jumpers kept falling off. My clothes are a bit more neat and tidy now, I just don’t have much storage space hanging or draw wise and I got tons of clothes 😀

I took the pups out again just across the road for a run, it was a nice sunny day again, but chilly still. But was just nice to be out in the fresh air with the sun on my face.

Came home and chilled out watching the Simpsons, played on my tab too. I put my smallest Lego set together, only took half an hour, but its so cool. Had myself some dinner, I wasn’t really hungry though. My appetite has been a bit off again lately not sure why..maybe its because I’ve been ill and my mood has been all over, or maybe because of the lowered dose of quetiapine. I have never really had a massive appetite, I have always much preferred to eat little and often then massive meals. But maybe I am looking too much into it. Always over analyzing things. But I need to if I want to feel physically and mentally well.

This evening I have spent just playing games on facebook. I came out to my brother 🙂 he was so cool about it. He said he still loves me so that’s really awesome, although he did send me a picture of a willy and said willy time ahaha! He’s so funny! His little way of dealing with it.

Hey hope you are well. So I am just going around all my friends on here to make a bit of an announcement, I’m doing it through private message as well I don’t want to make a big fuss of it but yeah want people to know. So I am transgender, female to male. I’m going to fully transition, I am right at the start at the moment and its going to be a long journey. I would really like to be referred to in male pronouns and if you have any questions feel free to ask xx

I have got such a positive response from those that have replied 🙂 feeling pretty damn happy.

Nothing really else to say, I’m a happy boy right now. Physical health is ok-ish, just the usual tiredness and pains and stuff. But I can deal with it as I am feeling so good.

Plans for tomorrow, well I’ve seen a pair of trainers I like that I might go get with my Birthday money. I got 2 Lego sets to still put together and I may take pups for a walk. So yeah lots of options, all depending on weather and how I feel. 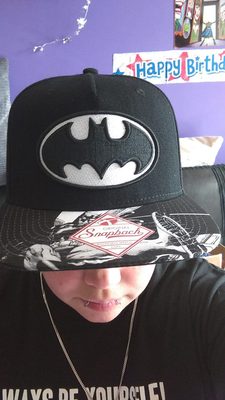 New cap from the USA 🙂 Yeah man been rocking it all day! 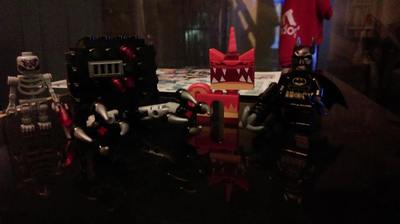