I’m going to start this year with a short post as I am very tired and need to go to bed. But I also need to find the motivation to get up and take the pups out before I can go to bed lol.

So New years eve morning I did the housework and laundry. I then picked up Harvey and Arnie and came back to mine.

Arnie was mega excited to see his buddies and him and the pups spent pretty much all night chasing each other lol.

Harvey was just sat playing games on his phone and I was playing on my tab, with cartoons on in the background.

H came over and Arnie was scared of her, it was proper funny. He calmed down after she took off her waterproofs. We chilled out chatting for a bit.

Harvey and I had pizza hut for dinner and the lil beast had eaten 2 slices before I had even had 1 lol! H was indecisive about what to eat lol, so she eventually went out an got Mcdonalds.

We spent the evening play fighting and gaming 🙂 which was so much fun. We also watched Men in black 3! which is a cool film.

I said to Harvey he could stay up till midnight, which he did. We watched the fireworks display they did at London and me and H made Harvey dance to Auld lang syne lol!

He made it to 12:30 am and he was still going, but H and I wanted some down time to ourselves.

H and I watched a film called The Voices which is so good! We didn’t get to bed until 2:30 am, I however didn’t get to sleep until about 3 am because Arnie wouldn’t stop chasing the cats lol! He eventually snuggled up with me and went to sleep.

Harvey didn’t get up until 10:30 am which was cool, me and him had breakfast and watched cartoons. I was still so tired so fell back to sleep on the sofa until midday.

H got up around 1-ish pm I think, we all just chilled out for a bit. I eventually found the motivation to get showered, dressed and tidied up the flat.

We all got ready to leave, H went into town with us to go in a few shops and get lunch. I took Harvey and Arnie on the bus home, which took ages, we had to stop at Bournemouth and get on another bus.. urgh.

Dropped Harvey and Arnie home, only stayed about half hour or so. Didn’t want to stay too long because I was so tired, achy, cold and hungry, I just wanted to get home and chill. Arnie was so excited to see L he could hardly contain himself, it was his first time away from her since she got him. He did really well bless him, he wasn’t too much trouble. He cried loads though when Harvey went to bed, which was so sweet.

I got back at 5 pm and I was hoping to pick up a Burger King for dinner but they had shut! Just bloody rudeness lol, I was looking forward to a Burger King. So I got in, put the heating on, did my hot water bottle, got loads of munch and stuff. I fully reclined both sides of the sofa and snuggled up with the pups 🙂 and ate.

So I accidentally fell asleep for just over an hour, but it was so needed. I’ve spent the rest of this evening, playing with the pups and cats, watching tv and eating crap! Evening well spent I feel 🙂

I have no solid plans for tomorrow, other then I need to pick up a package from the sorting office. Definitely need a rest day, a self care day.

Some pictures from last night. 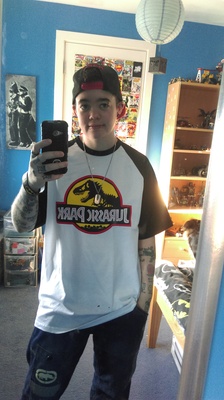 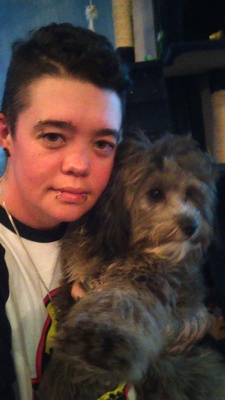 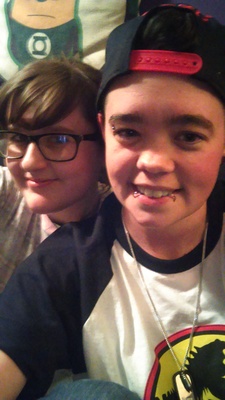 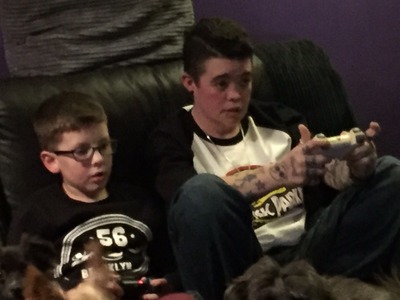 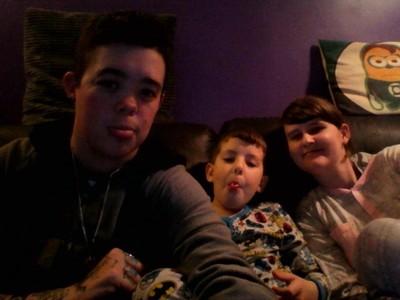 Happy New year everyone, don’t forget that this year is what you make it!