I have had a long, busy but good week. I don’t really know where to start.

I’m feeling good though, despite the joint pain and the lingering sinus infection, I’ve been able to maintain a stable mood.

I was going to do a video blog this weekend but didn’t get around to it. Going to definitely try and do one at some point this week.

Mon 4th – I don’t remember much from Monday, as it’s so long ago now lol. I probably did the housework in the morning but I do remember I had a friend and her pup over in the afternoon for a few hours which was cool, I got us burger king for lunch and then we chilled out. I made myself a nice steak dinner.

Tues – 5th Just relaxed for most of the day until I had to go over to pick up Arnie from L’s as she was in hospital with an asthma attack. Didn’t really do much the rest of the day other then play with the pups and game.

Wednesday 6th – In the morning I did the housework, took the pups for a run and then picked up my nephew.

I looked in a few shops on the way back to mine with Leo, when we got back to mine I set Leo on the floor with his toys but he was happy playing with the pups lol.

I put dinner on in the slow cooker, sausage and bean casserole. Not made it for a while and it was really nice.

Lunch time, I fed Leo and I had something to eat too. He was getting sleepy so he went down for a nap for and hour. Whilst he was sleeping I filled out my forms for ESA. Not sure if they will be able to read it though, my writing is awful.

Played with Leo and the pups after his nap, then took him home.

I had dinner and chilled out for an hour or so, I was so so tired!

Then got the bus to take Arnie home, only stopped there for 10 mins and then walked over to my friends house, T&C. We exchanged our Christmas presents which was cool, they got me some nice things. I didn’t stay too late because I needed to get home to sleep.

Thursday 7th – I had a chilled out morning, then went to my Mindout LGBTQ mental health group. It was a good session 🙂 I took part of the session where we talked about trans stuff, like the difference between trans and transvestite etc. They all loved the word search too 🙂

After group I went to the hospital to get my bone density scan done, didn’t have to wait around too long and was pretty much in and out.

I don’t remember what happened in the evening, I’m tired so my brain fog is really bad right now.

Friday 8th – I slept well again, my sleep has been loads better since being on the 50 mgs of Quetiapine and my appetite has been better too. I’ve put on a 3lbs but as long as I don’t put on any more I will stay on this dose.

Had the Weymouth Mindout group and again I took part of the session on trans stuff and again it went well and I really enjoyed it 🙂 I also got called gentleman by a police officer while I was tidying up.

Just chilled out in the evening, playing with the pups and the cats. I did the housework before going to bed so I didn’t have to worry about it over the weekend.

Saturday 9th – Had a relaxing morning, I took the pups across the road for a quick run an wee.

I watched a few animated Batman films and put my new Batman Lego set together which didn’t take long at all.

Spent time playing with the pups trying to tire them out. Didn’t really work though.

I spent a few hours gaming, playing blur. Ah love it! I got so into it, I kept shouting when I failed lol!

In the evening I had a friend over, we had Pizza hut, we talked and we watched a film called Sucker Punch, which is a top favourite of mine. After we went for a short walk with the dogs down the the Quay and back. It was nice spending time with E and she said today that it helped her too 🙂

Sunday 10th – I slept until 11 am which was much needed. I got showered and dressed, went into town and got myself chilli cheese bites for lunch, I went to Asda to get a few bits in that I needed.

Had some lunch and messaged and friend to see if her and her dog wanted to go for a walk, so she came and picked me and the pups up. We went to Hamworthy park and we as got there is rained so so hard! It didn’t last long though thankfully, we were able to get out and walk the pups. They all got nice and wet and muddy! and me and F got some nice fresh air, which is always a good thing.

Came back to mine after the walk, towel dried off all the pups. Watched The Lego Movie 🙂 and just chatted more. Which was really nice.

After I made some cheese biscuits, which were so simple to make and didn’t take long at all. I did it all by hand as I don’t have a blender, only a hand blender and that made a bit of a mess lol! But they are so nice but next time I will definitely use a bit more cheese.

Just been relaxing this evening 🙂 and writing this has taken up most of my evening, but I don’t mind.

I have a bit of a quieter week a head, got my 1:1 gender counselling, will be meeting with a few different friends at some point or another, pups are both having their hair cut on Friday and obviously Mindout group on Thursday. So yeah should be a good week.

I am going to try and make myself a beef stroganoff at some point this week as I really enjoyed it when I had it Christmas eve. So I am going to see if I can cook it as well, I don’t see why not. A resolution of mine, which I just thought of today is to try and learn how to cook different meals, rather then just cook the same old thing all the time. I need to learn to cook different meals to mix it up a bit and maybe this will help with my food issues.

I do find cooking difficult for a few different reasons, one is the fact it takes energy and causes me joint pain. But with the stool that’s eased it a lot, so I can enjoy it more. I struggle with concentration and will wander away from what I am doing, so I can re-focus myself.. Although it has been known I stop to do something else getting completely engaged and nearly burning down the flat! and I struggle with timing as well, my maths is ok-ish. But I get the concept of time but I struggle with what 5 minutes feels like because sometimes 5 minutes to me feels like an hour..so I find it hard to judge time… haha I just got side tracked to see if I could find out why I can’t really judge how long a period of time is but couldn’t find anything. It’s probably the adhd and dyslexia. But anyway yeah it takes a LOT of energy, organisation and brain power for me to cook a meal, I can’t just do it on auto pilot, even meals I’ve cooked before I still have to look at the recipe to make sure it’s right.

Anyway that’s enough from me. I will let you all know if the cooking a new dish goes well for me or not…fingers crossed it will 🙂

Oh I did have some awesome things happen this week, I got called Sir and Gentleman both on a separate occasion. So I was well happy with that 🙂 it sadly doesn’t happen often at the moment. I’m sure it will in time and further along my transition. 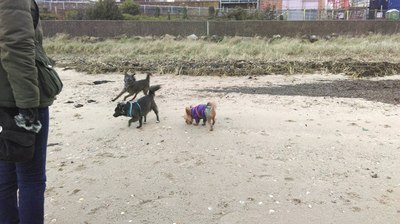 Picture of Benny and the pups playing 🙂 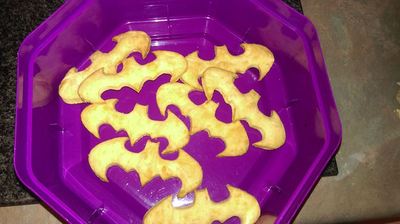 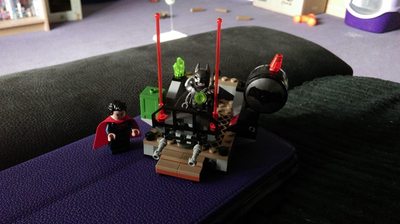 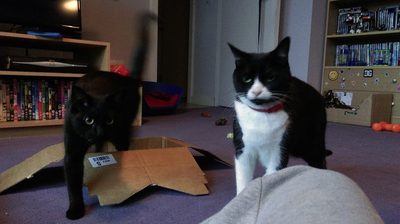 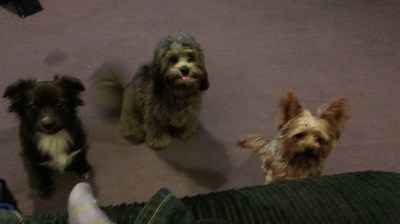 Scrappy, Arnie and Foxy all watching me eat dinner lol!

← What self care means to me and how it keeps me well
I hate my body! →